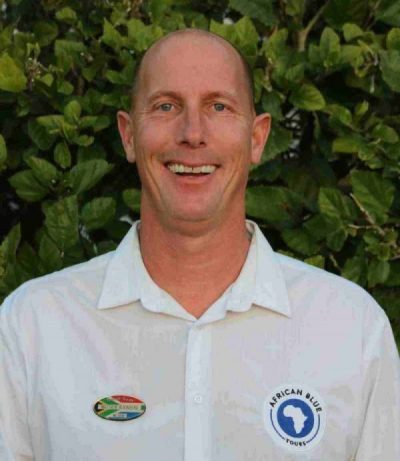 Matthew grew up in Camps Bay and started surfing at the local beach from a young age, from there he started exploring both the west and east coast of South Africa with family and friends. Discovering the many beautiful bays and beaches along our coastline he quickly developed an urge to explore and travel South Africa as a young adult.

After completing school he was conscripted to the army for two years under the previous regime. Just two months after being released from his National Service, Matthew was present on the Grand Parade on 11th February 1990 when Nelson Mandela gave his first speech after just being released from twenty seven years in prison. Matthew could feel that change was in the air and became excited to see what the future would hold for a new South Africa.

Four years later South Africa had its first democratic elections and suddenly the doors opened to the world with an influx of international tourists starting to visit our shores. After running the family gym business for ten years he was persuaded by a family friend and doyen of the local tourism industry to become a tourist guide due to his love of nature and outgoing personality.

After completing his studies Matthew took to guiding naturally and is always enthusiastic to show people this wonderful country which he has explored from a very early age.

What Client’s Say About Matthew Bloomberg

We really appreciate our clients feedback on their African Blue experience as we are constantly striving to improve our service levels and selection of tour and safari experiences.

“Matthew was brilliant.”
5 of 5 stars
Reviewed 25 December 2015
I booked the Peninsula tour, visiting Cape Point, Cape of Good Hope and the heart-warming penguins on Boulders Beach. For our guide, Matthew, this is more than a job. He is a tour guide with a passion, who fulfills every guest’s wish. He told us the most wonderful and interesting stories about every place we visited. I can really recommend this tour, you won’t be disappointed. Penguins!

“Matthew was a star”
5 of 5 stars
Reviewed 6 December 2015
Booked for two excursions – one to Langa Township. African Blue have a relationship with one of the local residents who took is around on foot. Fascinating and a must when visiting Cape Town. Matthew also took us to District Six and Museum to explain the history.
Second day was a trip to the wineries of Frankchuch and Stellenbosch – the most amazing day. Matt was brilliant, chatty, knowledgeable – felt like he was a friend he was very easy to talk to and spend the day with! Thank you Matt for one of our holiday highlights.

“Aquila Day Safari and Wine Farms: A Full and Fun Day!”
5 of 5 stars
Reviewed 11 November 2015
My husband and I spent a very full day with Matthew as our guide. He picked us up at the guest house where we were staying at 7 a.m. and drove us to Aquila. We had a nice breakfast there and then boarded our safari truck with about ten other people. Had a super time and were able to see lions, rhinos, zebras, elephants, springboks up close! Our three hour safari was perfect for us as we did not want to do an overnight or multiple night safari. After lunch at Aquila, Matthew drove us to two wine farms, Warwick and Muratie, each very nice, and very different from each other. We did tastings at both and enjoyed the drive through the Stellenbosch area. Saw several baboons sitting on the guard rail of the road, watching us pass by! Matthew is a very fun guy, a safe driver and incredibly knowledgeable. Throughout the ride he pointed out sites of interest and enlightened us with his knowledge of South Africa, its history, culture and current events. Thank you, Matthew, for a terrific day! And thank you, David, for suggesting we combine the two tours! It was great!

“Wonderful Cape Peninsula Tour with Matthew!!”
5 of 5 stars
Reviewed 17 November 2015
My husband and I reserved this tour online and their communication was on point. Matthew, our tour guide picked us up at 8.30pm just like they mentioned in the email.
He made us feel comfortable right from the get go and was very knowledgeable of Cape Town and its history and we learnt a lot about the city!! He never once sounded rehearsed although I can imagine how many times he must have repeated the same lines to countless tourists. He was very accommodating and never made us feel rushed. Matthew also pre-booked our lunch at a very nice restaurant (Bertha’s) in Simon’s Town.
We felt like a friend was showing us around rather than a typical tour guide. I would strongly recommend this tour company and especially Matthew to anyone looking to have a fun and relaxed day as well as learning a lot about Cape Town and Cape Peninsula region. This was truly a highlight of our vacation!!